The Indonesian national motto “Unity in Diversity” points to one of the greatest attractions of your host country, Indonesia. There are some 300 ethnic groups, a result of both the country's unique geography and history. Many Indonesians may see themselves first by their ethnic and cultural group and secondly as Indonesians. The glue that binds the people together is the 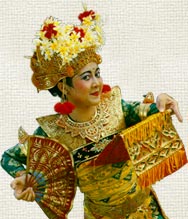 usage of the Bahasa Indonesia, the national language, and Pancasila, the national philosophy, which stresses the doctrine of unity and universal justice for all Indonesians.

The majority of Indonesians are of Malay extraction. The remainder of the “pribumi” (natives) are Melanesian (in Papua and the eastern islands). There are ethnic Chinese, Indians and Arabs concentrated mostly in urban areas throughout the archipelago. Major Ethnic groups: Javanese - 45%, Sundanese - 14%, Madurese - 7.5%, Coastal Malays - 7.5%, and others - 26%.

276 million (2021). Indonesia is the fourth most populous nation in the world after China, India and the United States. Over two thirds of the population resides in Java, the center of the country's economic and political power. Visit the UNICEF website for some very interesting statistics covering population, health, economics, etc. The annual population growth rate was 1.0% in 2021 (World Bank).

Indonesia's population problems center mostly around the issue of population density. Together with the adjoining smaller islands of Madura and Bali, Java accounts for just over 7% of the Indonesia land area, but these islands are populated by some 153+ million inhabitants. While the population of Jakarta is estimated at 10.56 million (2020), the urban area (Jakarta, Tangerang, Bogor, Bekasi and Karawang) is estimated at triple that number.

By contrast, the 3 provinces in Papua represents 22% of the total land mass, yet has only 1% of the population. So vast areas of Indonesia have very low population levels ... while the majority of the people live in the island of Java and Bali. 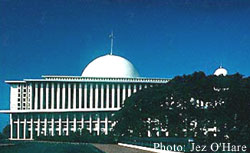 Six religions are formally recognized in Indonesia and have official national holidays commemorating events of importance to their followers. Read about religious holidays in Indonesia.

Estimates vary, but about About 87% of the population is Muslim. Roughly 10% is Christian (Protestant and Roman Catholic) and approximately 3% is Hindu, Buddhist or Confucian. While the country is predominantly Muslim, the government is secular and therefore is not based on a single religion.

A comprehensive family planning program has seen Indonesia's annual population growth rate fall from 2.3 percent in 1972 to around 1.1 percent in 2017. 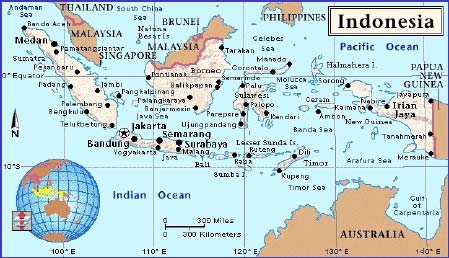 About 6,000 islands are inhabited with Java accounting for more than half the nation's population. Satellite imaging Analysis has also showed that Indonesia has a coastline of 108,920 kilometers (68,075 miles) and a total of 20,731 square kilometers (82,924 miles) of reefs.

Indonesia is the largest archipelago in the world extending some 2,000 kilometers from 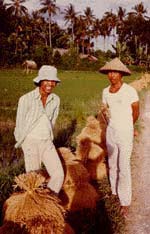 North to South and more than 5,000 kilometers from East to West. The archipelago stretches over more than one-tenth of the Equator between Southeast Asia and Australia. The largest islands are the Kalimantan provinces on Borneo, Sumatra, Papua, Sulawesi and Java (where Jakarta is located).

Nearly 60 percent of Indonesia's land is forested and a significant portion is mountainous and volcanic. The highest point is Puncak Jaya in Papua, which is 5,030 meters tall. Some other mountains on Sumatra and Papua exceed 3,000 meters in height. Mt. Merapi, near Yogyakarta, is regarded as the most volatile of Indonesia's 500 volcanoes, 129 of which are still active. Java alone has 112 volcanoes. Centuries of volcanic activity has led to high degree of soil fertility on Java and Bali, which accounts in part for the high concentration of agriculture and people on these two islands.

Indonesia is divided into 32 provinces, which include 2 special regions and 1 special capital city district which are further sub-divided into smaller entities of districts, sub-districts, villages and neighborhoods. They are:

The two special regions are Nanggroe Aceh Darussalam at the northern tip of Sumatra and Yogyakarta in Central Java. The special capital city district is Jakarta (DKI).

The former province of East Timor became independent of Indonesia in 1999 after a UN-sponsored referendum was held. It is now an independent country called Timor Lorosa'e.

Due to its location at the equator, the length of days and nights across the archipelago remain pretty constant throughout the year, with sunrise falling near 6:00 am and sunset near 6:00 pm.

Daylight savings time is NOT observed in Indonesia.

The official language is Bahasa Indonesia. The written and spoken form is based on the Malay trade dialect which 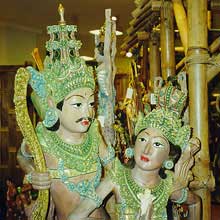 English may be spoken in international and high level business contexts in large cities. You may be able to converse with some Indonesians in Jakarta in English. In rural areas it may be difficult to find people who speak English, unless the locale is a widely visited tourist destination. Many employees of international hotels and limousine drivers speak English. You may have difficulty finding an English speaking taxi driver or household staff.

Dutch may be understood by older Indonesians, who may have attended Dutch schools.

The Republic of Indonesia

Indonesia is a republic with political power organized around the executive, legislative and judicial branches of government. Indonesia declared independence from the Netherlands and Japan on August 17, 1945.

Pancasila, the Five Principles, is the basic philosophy of the government. These principles are: Belief in one God, Just and civilized humanity, the Unity of Indonesia, Democracy led by the wisdom of deliberations among representatives, and Social Justice for all Indonesian citizens.

House of Representatives (Dewan Perwakilan Rakyat or DPR). While previous DPR were dominated by members of the Golkar party, representatives of many parties currently serve in the DPR after the democratic elections held several times since 1998/1999. The People's Consultative Assembly (Majelis Permusyawarakatan Rakyat or MPR) includes the DPR members in addition to 500 indirectly elected and appointed members.

The legal system is based on Roman-Dutch law. This has been substantially enhanced and modified over the years to cater to indigenous concepts and new criminal procedures code being enacted every year. 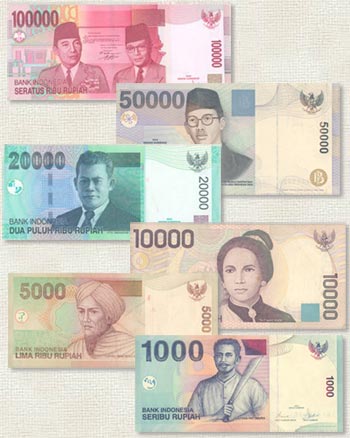 The currency of Indonesia is the Rupiah (IDR). The currency rates "float" and the rate varies along with a myriad of economic factors.

See the Indonesian Rupiah Currency Converter on our banking page for current info.

Inflation is currently estimated at 5.7 % (2022) according to Bank Indonesia.

Most authoritative sources put Indonesia at the 16th largest economy in the world.

Enjoy this History of Indonesia (in Dutch)