Recent years have seen enormous development in the infrastructure and usage of cellular telephones (cell phones/mobile phones/smart phones) in Indonesia, known in Indonesia as hand phones, or HP (pronounced hah pay). Just as in your home country, these gadgets have become indispensable part of business and personal life.

Many companies in Indonesia provide hand phones for their managers. They may also pay part or all of your phone bill. If your work keeps you out of the office a lot, or requires you to be in constant communication, you may want to ask your firm if they will provide you with a hand phone.

Because of the affordable cost of having and operating a handphone, almost everyone now considers this a “must have” device. Although the model of the phone that top executives have most likely has many more features and capacity than their colleagues, people from all walks of life including domestic staff, drivers, delivery people will most likely have a hand phone in Indonesia. 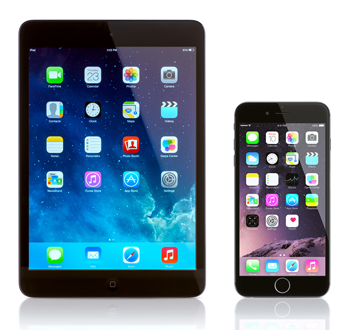 A wide variety of hand phones are available for purchase in Indonesia. Internationally known brands predominate the market. The latest models with all the new features are available in Indonesia. Samsung and iPhone are the current market leaders however Xiao Mi, utilizing an android operating system is quickly gaining market share. Often a new model will be launched in Asia before it is available in the west. The major brand names have dealers/distributors who handle the sales of their phones in Indonesia. Dealers/distributors have kiosks or shops in the major malls or sell their wares through counters in electronics goods stores. Most of the major international brands have customer support stores in many areas of the city to provide help and training on how to use the features of their phones. In Jakarta, ITC Roxy Mas is currently considered the center for handphone sales as the entire building is occupied with hand phone dealers. Prices range from Rp 800,000 to Rp 12 million (7/2016).

Some hand phones purchased abroad will work in Indonesia, as long as you subscribe to the operator that utilizes that phone system in Indonesia. For example, if you own a GSM phone, you can subscribe to Telkomsel (Simpati, Kartus As, karto Halo), Excelcomindo (ProXL/Axis), 3 (Hutchison HCPT), Indosat (Mentari, IM3). Or if you own CDMA phone, you can subscribe to Smart Telecom (Smart), Telkom (Flexi), Indosat (Indosat ooredoo) or Smart Fren. Changing your phone number is as simple as buying a new “kartu telepon” or chip card (kartu sim perdana) from your Indonesian operator. The products vary regarding costs of domestic and international calls and SMS, as well as costs for minimum “top up” and international roaming.

Some older chips will not necessarily work in newer model phones and visa versa. With the advancement of technology and the capabilities on the newer phones, they are requiring a more advanced chip to operate them. Hand phones purchased in Indonesia will only work abroad if they are capable of using the operating system in that country. This is a factor to consider if you do a lot of traveling and want to use your Indonesian hand phone on your trips outside the country.

Top of the line hand phones (and operators) include many practical features:

A major factor in the hand phone you choose is the life of the battery. The best batteries are Lithium. Choose a hand phone that has a battery that is good for up to 5 to 8 hours of usage. Also ask the dealer how long it will take to recharge the battery when it runs down. Better phones take only 1 to 2 hours to recharge or now “fast chargers” enable the devise to be fully charged in less than one hour. For people that spend a lot of time in their car a charger that plugs into the cigarette lighter of the car is a very helpful accessory or many people choose to carry a power bank to make sure they are never out of reach.

Weight of the phone is another important factor. Some phones are down to 143 grams. The battery is the heaviest element of the phone.

Paying for your Calls

You do not need to subscribe to a service if you use a pre-paid SIM card, often referred to as purchasing "pulsa". These cards can be purchased from phone kiosks and other vendors and used directly. There are several ways to get hooked to a network, and all phone sellers can get you online instantly. You do not need a contract, and a simple pay-as-you-go type SIM card will give you a line and number.

Because of the fierce competition between Indonesian cell phone companies, they often offer special deals or packages during holiday seasons. Pulsa rates vary depending on the promotions that are available. Some credit card companies have set up a program in which they offer free abonement to their customers indefinitely as long as they can continue to use their credit card.

Look for the sign that says "Jual Pulsa" (selling pulsa). You can get your pulsa refilled through a bank, or go to an Carrefour, Lottemart, Indomart, Alfa Mart/Alfa Midi and then tell the cashier that you want to "tambah pulsa". You pay them the amount after you tell them your phone number and after your receive a text confirmation that the amount has been added, you're done! Pulsa can also be purchased at all ATM machines. You can also refill through street vendors, but you'll often find that they've "shared" your number with others and you'll see an increase in spammy text messages. 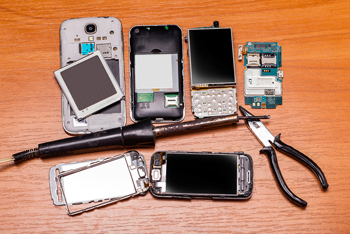 There are two ways to protect yourself from the consequences of theft if you are using a hand phone. You can program a PIN number into your hand phone card. Persons using the phone card would have to know the code to utilize the card, thus preventing unauthorized persons from running up your phone bill. The second way is through a security code which is programmed into the phone and protects your phone from use with unidentified SIM cards. The thief could continue using the hand phone by replacing your card, however his phone calls would not be billed to your bill.

If your phone is stolen, report the theft to your service provider and your phone number can be blocked so that no one can run up your phone bill. Then, request that your new card have your old phone number programmed into it, to be used with your new hand phone! Some companies will require a police report to do this If your phone is stolen, the thief could just throw away the card and put in a new card if the phone isn't programmed to reject unidentified SIM cards.

Cellular phone systems in Indonesia are operated by eight different private companies, all of whom are partially owned by the government phone company, Telkom. Once you have purchased a hand phone, you need to subscribe to one of these services:

Information on GSM coverage and roaming for the major hand phone service providers.

Recently Telkom, Indosat and privately owned Bakrie group have introduced a cheaper alternative to regular hand phones using a Code Division Multiple Access (CDMA) system. A fixed-wireless service is a phone service that has limited cellular mobility within a designated area. It charges a rate equivalent to that of a fixed-line service. Some of the fixed wireless services currently available are Flexi (Telkom), Esia (Bakrie Group), StarOne (Indosat), Ceria (Sampoerna Telecom Indonesia) and Smartfren (Mobile 8).

“Flexi” program from Telkom offers its users land line rates, but with the mobility of mobile phones. This program is broken down into “Flexi home” which allows wireless communication anywhere in the home or “Flexi Mobil” which services are comparable to handphone capabilities within the city of operation. Users of Flexi must use special hand phone units issued by Telkom, however they can be used within the service area (now offering service in 114 cities throughout Indonesia).

Star One, Indosat's program has grown is popularity since its launch. Bakrie Group's ESIA program is also gaining popularity due to its ability to use any hand phone on the market that supports the CDMA system. The sound quality is extremely good as long as the user remains within the service area. Prepaid and abonement payment plans are available. Functions such as SMS and high speed data transfer are supported. Service areas are contained within greater Jakarta and Bandung, however the lower rates of the service compared to regular hand phone rates is making it an extremely attractive alternative.

Indosat also has introduced it’s StarOne program that utilizes the same CDMA system. They also allow you to use its system through any phone that supports the CDMA system.

It would be helpful to ask the advice of other expatriates as to what operators they have used. Ask how satisfied they were with the service, and what problems they encountered in using the service. Just by looking at the hand phone numbers of your various colleagues, you will know which operator they use, as each operator uses a different prefix (see chart above).

Ask friends about the following common problems and how often they experience them with the operator they use:

Some of the problems encountered in hand phone usage can seem quite mysterious. For example, why is that one hand phone may have no problems receiving calls in a particular building, while others cannot receive in that building. The difference is in the number of receivers/transmitters, your location - where you are in the building and its structure, as well as other technical factors. If a building does not have a booster, if may not be able to receive mobile phone signals. If the transmission for your call isn't clear - try moving near a window - or to a different side of the building, or even outside to improve the reception.

Generally speaking Telkomsel, which is now a publicly owned company, has invested heavily in BTS (Base Transceiver Stations) throughout Indonesia and therefore now offers the most complete coverage even in very remote areas of Indonesia.

All users of prepaid cards for hand phones (cell phones or mobile phones) in Indonesia must register their identity for security purposes.

To register a number now you must go to the provider's office or kios and the number must be associated with a  KTP.  A maximum of 3 numbers can be registered per KTP.

Whether you call them smart phones, HP, hand phones, cell phones, pocket phones or handy phones or - they have become an essential tool in our daily lives.